One of the most intriguing collectibles to hit the décor scene in recent times is the vintage pillar candle.

As common as they were in US households during the first half of the 20th century, it’s hard to believe these decorative gems would be as rare as they are today. Their rarity comes from the fact that a candle is inevitably consumed through use, and even if a candle was never burned, the wax composition was vulnerable to heat, cold and marring.

By the end of the 1970s, when interest in pillar candles had phased out, many were relegated to the garage or attic where destruction by extreme temperatures was almost guaranteed. (What treasure hunter hasn’t opened an old packing box to find a disfigured candle inside?) Many were simply trashed.

Today however, the intricacy, beauty, variety and rarity of vintage pillar candles has reignited their collectibility and made them ever more appealing to interior decorators and collectors seeking quality examples.

A vintage pillar candle is sought for its carved or molded details. Both types have value.

Many carved pillars found today were made in Germany between 1890 and the 1970s. These were poured into a pillar mold, and elaborately carved by hand. They are considered works of art. Molded pillars are no less intricate. They can also be fanciful, whimsical or cute.

As the name suggests, these were made by pouring hot wax into molds. Molded pillars can, nevertheless, be quite rare.

Quality and Worth of Vintage Pillar Candles

A good quality example is defined as showing minimal signs of use (though a few burnings do not affect the value) and should be in B+ overall condition, meaning absent of bangs and dings.

A pillar that was burned to the point where wax has spilled over the design creating either a large wave or canyon on the body is considered in poor condition.

A candle with its original wrapping does not value higher than one without. The original makers tag (check the bottom) is a plus especially on German carved pillars. 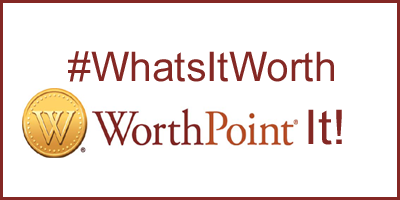 A good quality vintage carved or molded pillar candle can be worth between $18 and $100 to a collector.

In order to assess a value a buyer must consider detail intricacy, rarity, size and theme.

Not to be confused with the glass, salt-faced candles sold in the 1970s for church fundraisers. Religious pillars include the Madonna, Jesus, shepherds, angels and sheep. These include owls, flowers, birds, country western or old man cowboys, and sailors, to name a few. These artistic candles were carved and sold by well-established German makers including Johann Gunter.

Often found in unusual shapes and themes rather than in cylindrical form. Yet, these too are considered pillars. Thank you so much for visiting and reading. Please leave a comment below to let us know what you thought of this article!

This post may contain affiliate links. Please read our disclaimer for more info.

Read More Articles From Our Blog!

Don't forget to share this article with your friends!

Protect My Loved Ones - Affirmations for Protection Over Your Loved Ones

I speak love into the lives of my loved ones. I celebrate the goodness of their life.  I breathe in the feeling of jo...
Read More

Good Things are Always Happening for Me - A Positive Mindset Affirmation

Good things are always happening for me.  Opportunities for peace, love, and joy are always available. I look around ...
Read More

Good morning world, and thank you God for giving us this day. I'll do my best to honor you, through my work and play....
Read More